Kundan International School in Chandigarh’s Sector 46 B celebrated its 16th Founder’s Day on Thursday, October 20, 2022, and became the centre of a news article. The show’s chief guest was Maj. Gen. Rambir Singh Mann VSM, Director General of the Punjab Youth Center for Training and Employment.

There were many different types of “Motherhood” that were introduced in the celebrations, such as love for the nation, mother nature, one’s biological mother, a caregiver in the form of the historical figure “Panna Dai” and the mythical mother-son relationship of “Krishna-Yashoda”.

Catch a glimpse of the same! 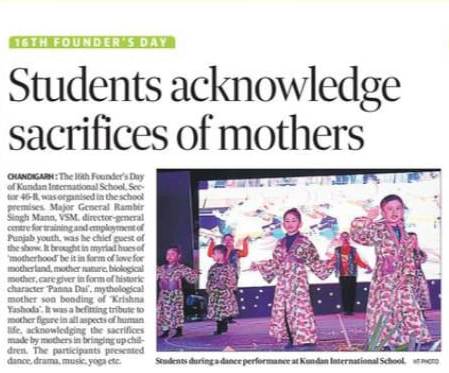 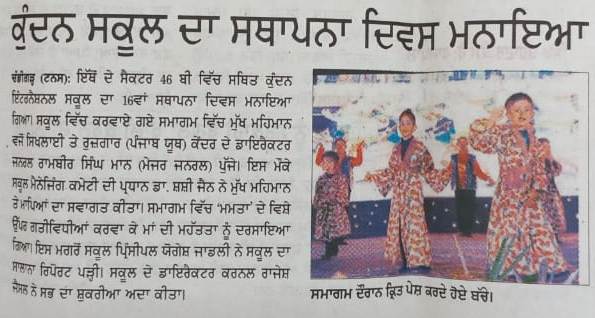